NSAIDs: Not So Innocent 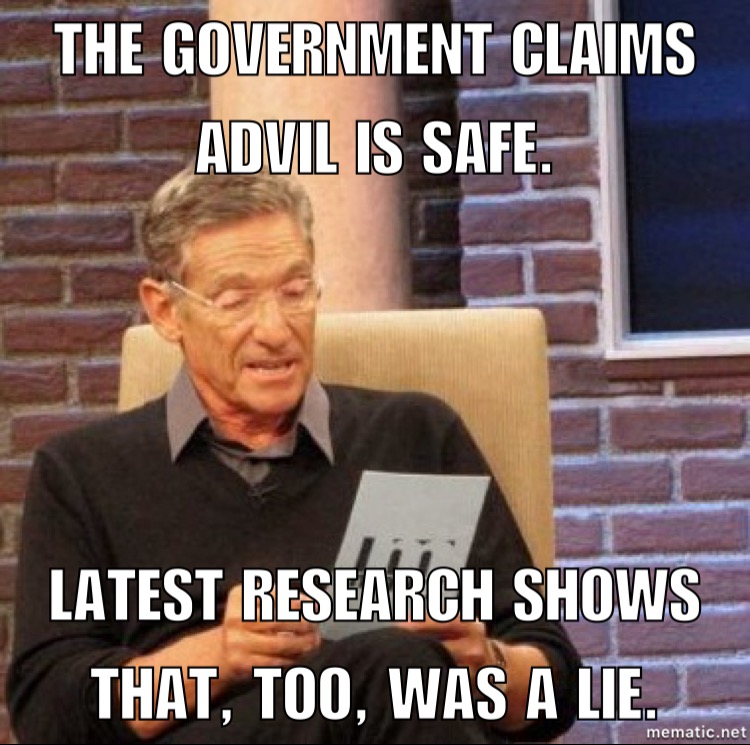 If you have read any of the latest headlines in the medical space lately, you have probably come across several encounters with the Opioid epidemic that has been plaguing the nation for some time, now. And, most of you, probably don’t take much time reading such articles because let’s face it, you know you aren’t addicted to pain meds. So, why bother right?

Yet, you don’t think twice about reaching for a harmless dose of Advil or Tylenol when small aches and pains arise out of nowhere. And who can blame you? We have all watched our parents and grandparents head straight to the medicine cabinet for a seemingly innocuous dose of NSAIDs to ease our first world woes. But, as convincing as their marketing can be, you should always keep a healthy amount of skepticism locked and loaded if you want to keep a tight grip on your long-term health. Here are just a few reasons:

Okay, so now that we have the alarming and intimidating part out of the way, let’s dive into the latest sneaky, yet humorous, marketing ploys of the NSAID industry. 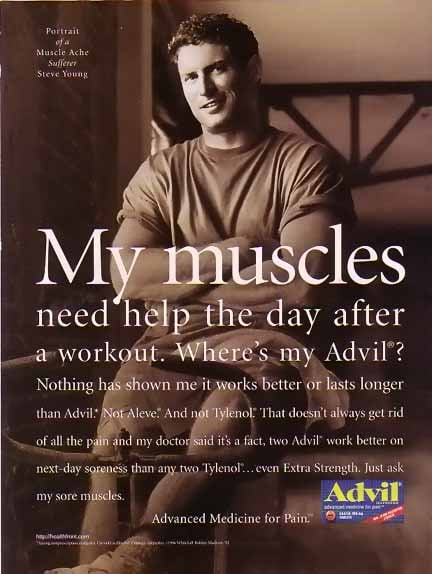 It’s no surprise that Advil, as would any company, would want to sell more of their product. And since most Americans are trying to do way too many things with such a small amount of time to spare, how foolish would Advil be not to encourage exercise? But, Advil cares more than you realize. They want exercise to be comfortable for you. You already put up with so much throughout the day, they want you to enjoy your training experience. They have already eased your anxiety by providing a means to fall asleep faster through their tactful marketing of Advil P.M. Who cares that your sleep, while taking it, resembles more of a state of unconsciousness as opposed to the deep sleep that is warranted for longevity? Hey, at least you are asleep, right? (Sarcasm implied.)

Back to your muscles. Some of the latest research claims that the long-term use of over-the-counter (OTC) anti-inflammatory drugs can inhibit muscle growth in young, healthy individuals engaging in weight training. Hmmm, Dr. Steve Young seems to have duped us all.

According to the study source:

“In the present study, healthy 18 to 35-year-old men and women were randomly assigned to two groups, one that took a relatively high dose of NSAID (1,200 mg ibuprofen, which is a normal 24-hour dose) and one a relatively low dose (75 mg acetylsalicylic acid) every day for eight weeks. During the same period, the participants also engaged in supervised weight-training exercises for the thigh muscles two to three times a week. The researchers then measured certain variables, such as muscle growth, muscle strength and anti-inflammatory markers in the muscles. It was found that after eight weeks, the increase in muscle volume, as measured by MR imaging, was twice as large in the low-dose aspirin group as in the high-dose ibuprofen group.”

What does this mean? It appears that if you are relatively young (18-35) and looking to add some muscle to your frame, you may want to focus on the underlying root cause of your aches and pains as opposed to covering and masking them with OTC NSAIDs. You know, things like dietary changes and lifestyle modifications… the good stuff. 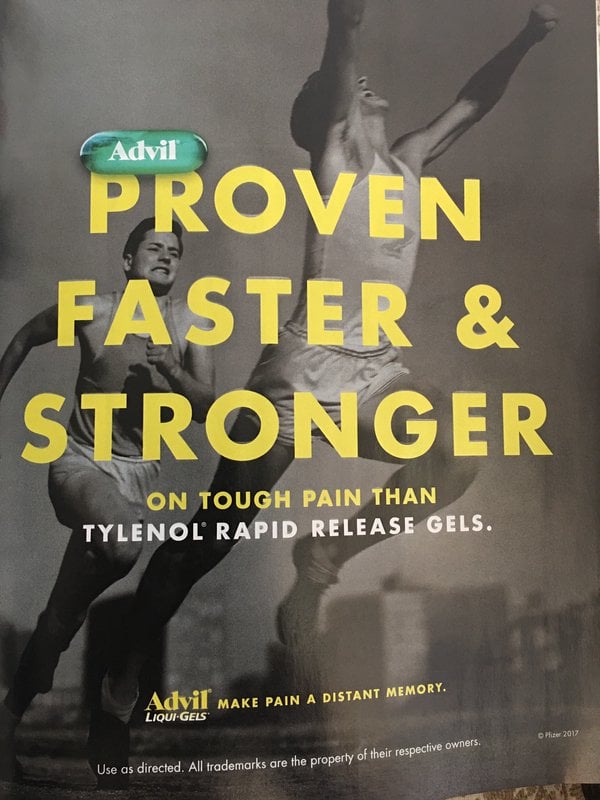 The intent of this article is neither to condemn nor condone the use of NSAIDs. It is only meant to help educate our audience on questioning everything that they hear or see, marketed by the media. Our goal is always to empower our clients and audience to take control of their own health and to not allow shoddy marketing to drive their decisions. So, the next time you feel the need or urge to reach for the Advil bottle, we suggest digging down to the root of why you ever needed it in the first place.